Home|Blog|How one expat runs his U.S. business from another country

How one expat runs his U.S. business from another country 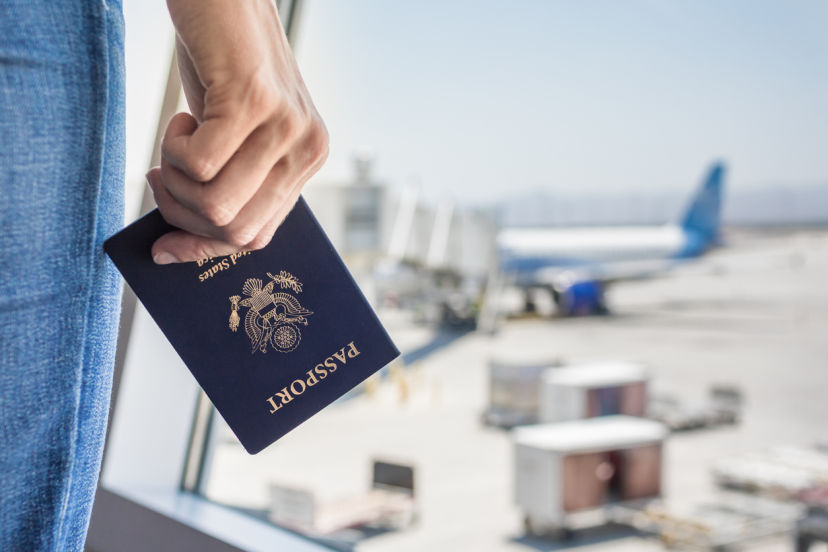 By all accounts, Will Gadea had made it. After starting out working in graphic design and theatre, he found a niche in digital animation and built a thriving business in New York City, where his studio won jobs from clients such as Ford, Verizon, and Bank of America.

His competitors began outsourcing labor overseas to undercut his costs. Instead of following their lead, he followed the talent more than 5,000 miles away.

In 2019, Gadea and his wife became expats and moved to Buenos Aires, Argentina - a hotbed of animation and design talent that also boasts a warm climate, low cost of living, and breathtaking architecture. Getting out of the New York bustle boosted his quality of life and spending power - but he didn’t necessarily want prospective customers to think they were hiring an overseas company without a U.S. connection.

Gadea keeps his business, IdeaRocket animation studio, based in New York even though they no longer lease the 34th Street office space. Instead, they use an office address on Park Avenue - but it’s one of Earth Class Mail’s virtual business addresses.

“For us, living in Argentina literally triples our spending power,” he said. “Earth Class Mail has been a big part of what makes that possible. I still need an address to receive checks. I need an address to seem like a legitimate U.S. business to potential clients.”

Keeping a U.S. address as an expat

Using a virtual address has made it so that Gadea can receive U.S. mail as an expat. Gadea still returns to New York now that COVID vaccines have made travel easier. Even while on prolonged trips back to the United States, he can also keep up with the parts of his business and mail back in Argentina since he can access his mail from anywhere.

Maintaining a New York city mailing address has done more than just help ease any customers' concerns that he’s still an American business. It makes it easier to keep his business registered in the United States, keep his sales and marketing teams based here, and receive payments from companies that don’t involve international transfers - they just mail a check to him at his virtual address.

The perks of digitizing your mail

When Gadea signed up for the address, he didn’t think about the benefits that digitizing his mail would bring him.

“I didn’t realize it would be such a big benefit,” he said.

Prior to using Earth Class Mail, he did what many people do when checking their mail: opened it, and stacked what letters he thought he might need later in a pile.

“Those piles got bigger and bigger and you keep dreading the day you have to put it where it needs to be,” he said. “If you get rid of anything, you’re kind of wondering, ‘Am I throwing away something that is important?’ Now, you don’t have to make that choice.”

Receiving mail digitally at a virtual mailbox means that all mail gets scanned into a text-searchable PDF and stored in the cloud, so you can find old pieces of mail by searching for keywords.

When you want a physical copy of his mail, we can ship it anywhere. Otherwise, we can securely shred your mail and recycle it.

What to do before you become an expat

Gadea grew up in a globe-trotting family, so the move didn’t send him into culture shock. He said expat life enriched his experiences in new ways. “A lot of people think it’s impossible to do, but (becoming an expat) has been a relatively easy process,” he said.

He had this advice for those considering moving to a foreign country:

Interested in setting up an address somewhere you don’t live? Browse our list of available addresses or see our plans and pricing for virtual mailbox plans.

How to transfer mail to new address?

How to Stay Productive Working From Home

What business tasks you should and shouldn’t automate

The top 5 advantages of a virtual office

Virtual mailbox service: 5 things it can do to simplify your life

The Great Resignation: Starting Your Own Business is the New American Workforce Trend

How to make a hybrid office work long term

As a result of the pandemic, companies around the world realized the work doesn’t just happen in one specific building. It’s more than that. It’s a community of hardworking individuals in work environments that best suit them.

The ultimate guide to launch a remote business

If there is one thing the pandemic has taught us, it is that we can do business from almost anywhere. With a laptop and internet connection, CEOs can run their boardrooms from beaches and can design the next big app from their bedroom.

Talent begets talent and some areas of the country are magnets for creative entrepreneurs starting businesses. But  when a startup culture blossoms in one area, property values tend to grow with it.